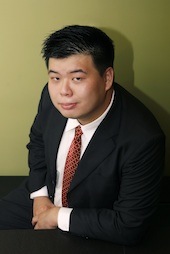 Malcolm Chew was just like every other teenager at the age of 20, leaving the army and bracing himself for his tertiary education at the Nanyang Business School in Singapore. He engaged in direct selling â commonly called multi-level marketing â when he was involved in a company called Sunshine Empire. It eventually collapsed when its directors were found guilty of fraud and criminal breach of trust in running a ponzi scheme. This left the author with huge debts and broken relationships with the people he treasured. It was from the catastophic event in life that he came to know a benefactor whom he now regards and calls his godmother. He then picked himself up to start afresh in life and business.

At the age of 24, Malcolm graduated from university in 2010 and is currently the Managing Director of Global Wealth Private Limited. He is now based in Hong Kong and China. He can be contacted at his email.