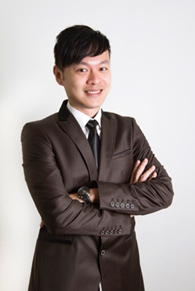 Andy is the Training Director and a Principal Trainer of Right Impact Training. Being a dynamic, eloquent, and insightful corporate trainer and consultant, Andy has been designing and delivering people-centred corporate programmes for almost a decade.

Being a humorous and thought-provoking public speaker, Andy is highly sought after by his clients. He also possesses extensive cross border experience, having conducted programmes in Singapore, Hong Kong, Shanghai, Taipei, Bangkok, Macau, Malaysia, Indonesia, and Amsterdam for all levels of organisation.

Andy was also heavily involved in designing and delivering various high-profile team-based/ facilitation programmes, like Our Singapore Conversation, and with luminaries such as the Prime Minister, Deputy Prime Minister, and other members of the Cabinet Office of Singapore.

In addition, Andy is the author of Unleash The Public Speaker In You! and a regular contributor to The Straits Times Recruit.

Andy was the highest-rated Emergenetics trainer in Asia-Pacific for 2014, as conferred by Emergenetics International. Academically, Andy graudated with a Bachelor of Commerce from the University of Western Australia and also has a Postgraduate Diploma in Applied Positive Psychology.

Andy loves his job and is proud of what he does for a living, because as cliché as it sounds, he gets to change the world on a daily basis, one person, one department, one organisation at a time.